Adolescent Idiopathic Scoliosis occurs in adolescents and has no known cause. This diagnosis is only formed when all other causes are excluded. It is the most common type of scoliosis representing approximately 80% of all cases. Females are approximately 4 times more likely to be affected by idiopathic scoliosis.1

Approximately 2.5% of the population have a scoliosis, though only 0.25% progress to the point of requiring treatment (Bracing, Scoliosis Specific Exercise).2

Curves can progress rapidly during an adolescent’s growth period and generally slow as the patient nears skeletal maturity. We are able to predict with some certainty the likelihood of the progression of a patients curve based on the age, skeletal maturity and current magnitude of curve.

There is a familial predisposition to idiopathic scoliosis, with 30% of patients reporting a family history.3 Studies have shown that when both parents have a scoliosis, their children have a 50 times increased risk of requiring treatment.4 Also if one child has a scoliosis the likelihood a sibling will have a curve ≥ 10 degrees is 19% and 11.5% ≥ 20 degrees.5 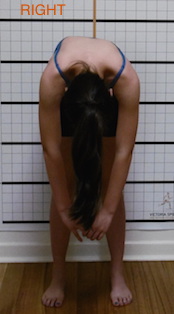 Adolescent patients rarely experience pain with a scoliosis, though visible asymmetries are normally present when looking from behind and are the first indicator a scoliosis may be present. Some of the possible findings are listed below: 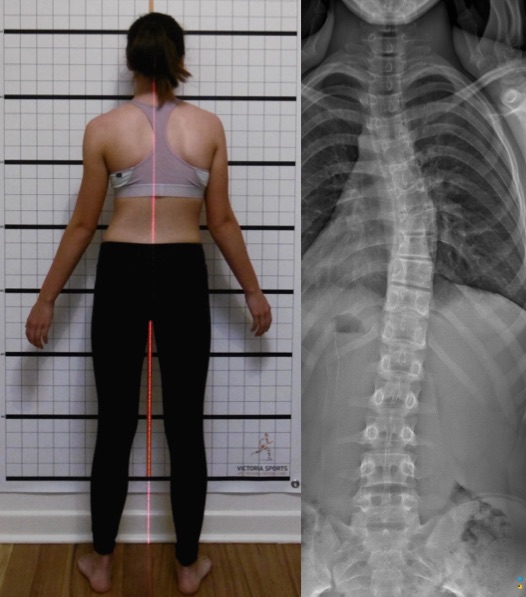 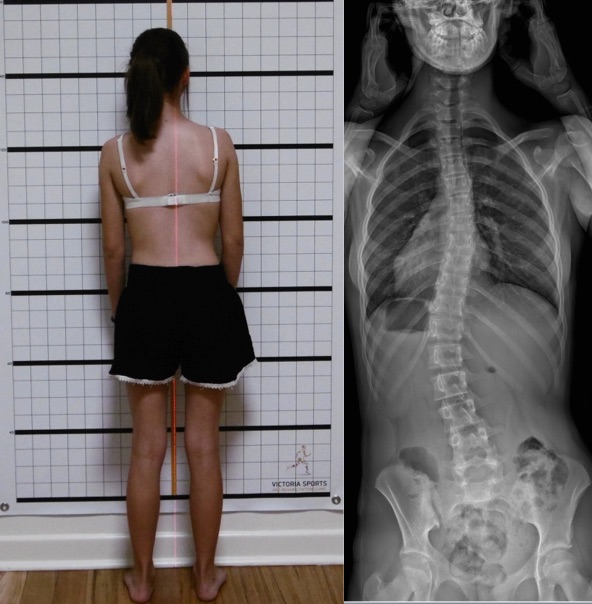 Figure 2: The above patient has a 3 curve. Her trunk is seen translating to the right. Her right shoulder blade is also more present. Her left hip is more prominent and her head is slightly right of the midline.

Figure 3: The above patient has a 4 curve. Her trunk is seen translating to the left. Her right shoulder is higher than her left. The lower border of her shoulder blade sits higher. Her right hip is more prominent and her head is to the left of the midline.